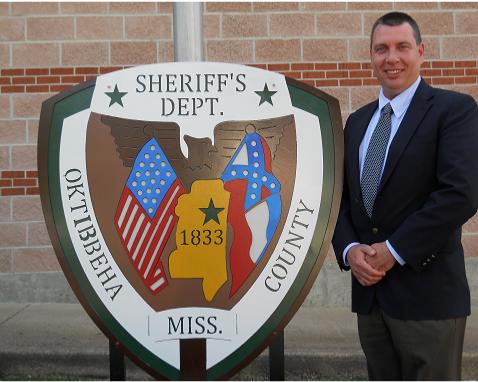 Chadd Garnett began his law enforcement carrer in 1992 as a Patrolman with the Columbus Police Department.  As a patrolman Officer Garnett enforced traffic and parking regulations, answered calls and complaints, and performed investigations tasks.  In 2000 he joined the Lowndes County Sherff's Department as a Jailer-POD Supervisor, where he performed supervisory duties over the POD units.  In 2001 he joined the Starkville Police Department (SPD) as a Patrolman.  He was soon promoted to Sergeant over Narcotics and then into Investigations.  At SPD he supervised and coordinated the day-to-day operations of the Investigative Divison, participated in investigations, media relations, and instructed and counceled officers during firearms training.

In 2011 Sheriff Gladney selected Chadd Garnett as his Chief Deputy.

Chief Deputy Garnett is married to Misti Garnett and they have four children.

"Sheriff Gladney has a great vision for the Sheriff's Office and the county and I am excited to be a part of his administration.  It is an honor and my pleasure to serve the citizens of Oktibbeha County" -- Chadd Garnett.